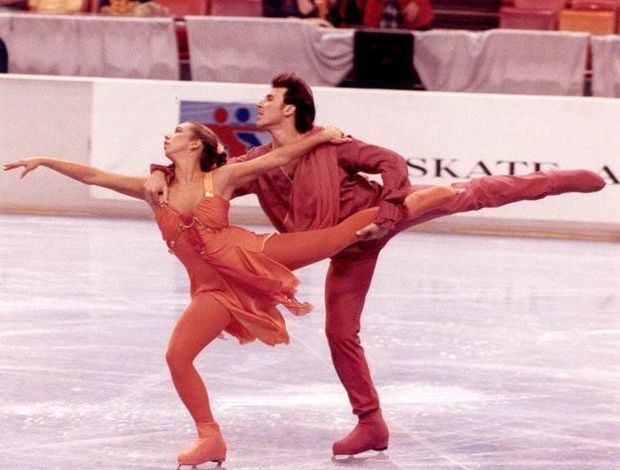 WIth the Olympics having said their goodbyes this past weekend, we’re still in the mood for some triple-axels and speed skaters! Luckily, today we talked to Collin Sullivan, an agent in our Back Bay Boston, MA office about his past in figure skating, and working with some of the best female figure skaters in United States Olympic past!

WR: How did you begin skating?

CS: My mother took me to an outdoor rink in Indiana during a winter school break just for fun, for recreational activity, and I LOVED it. From there, we went to public sessions, and a coach approached my Mom to ask if she could work with me, and give me lessons.

WR: When did your career in skating advance to the professional level?

CS: After many, many years of training, different coaches, different skating partners, and lots of competitions at the Regional & Sectional level, and the National Championships, my career advanced.  After making the U.S. International team, and competing throughout Europe, we were represented by an agent and hired to be principal skaters and performers in the Ice Capades when it was owned by Dorothy Hamill, and she was the headliner.

WR: Were the Olympics always in your cross-hairs?

CS: I always hoped!  My biggest goal was to make the National & International teams which I accomplished.  Being fortunate to travel outside the United States, wearing red, white & blue and representing our country was a true sense of pride for me & my family. I was able to train at the Olympic Training Center in Colorado Springs, CO for 2 years.  We competed in the Olympic trials, Sports Festival, and actually beat the Ice Dance Team in an event in Lake Placid New York the summer before the Olympics, that ended up being named to the 1994 team.  Close, but ultimately did not make the team.  Many of my friends did, and I had to enjoy the experience vicariously through them.

WR: What is the most common misconception about figure skating?

CS: That it is not a year-round sport.  I don’t think people understand it’s 5-6 days a week, 12 months training regime.  I think another misconception is that you are “sponsored” and receive money to train.  Until you make the elite International level, or potentially are an Olympic hopeful, it is very expensive.

WR: What is the best thing about figure skating?

CS: The speed that you can generate, and the free feeling of gliding over the ice.  I also happen to love the sound that deep solid edge skating makes in the ice.  The fact that it can be enjoyed and pursued well into later years.  I have adult students that I coach now well into their 70s!  It is an incredible total body work out.

WR: What was your greatest success in figure skating?

CS: I would have to say being lucky enough to partner the “Legends” of the sport.  No other person has been responsible for choreography, skating, lifting, and presenting that many famous Olympic Champions. Also my lines, I was known for my long legs, and balletic form.  I worked hard on extensions, turn out, toe point, and it was one thing people remember most.  I always wanted to “create a picture”.

WR: How did you transition from that world to the world of real estate?

CS: One of my skating students’ mothers was in real estate.  She watched me buy and renovated a couple of properties, and said ” I think you have a real knack for real estate, you should get your license”.  Never wanting to be in sales, I shunned the idea, but six months later she mentored me, helped me get my license, and I had my first sale very quickly.  It was sort of an adrenaline rush.  Different from performing in an arena for thousands of people, but still exciting. I have been able to use my sense of creativity and design to help people see the potential in a property through my eyes, not what is currently in front of them.

WR: What was the best advice you received in skating and from whom?

CS: Probably my very first Skating coach, Jane Saylor.  She told me I had something special, a big personality, and could draw people in when I performed.  She told me to always remember how powerful that could be, and to utilize my talent to move others.

WR: Who, in the skating world have you remained friends with? And would you return?

I would welcome the opportunity to skate in a benefit performance or show, or partner any of the wonderful ladies I have shared the spotlight with in the past. The sense of wanting to perform never leaves a trained dancer/skater.  If you have the passion, you are always searching for the next spotlight.

Thanks for sharing, Collin!!